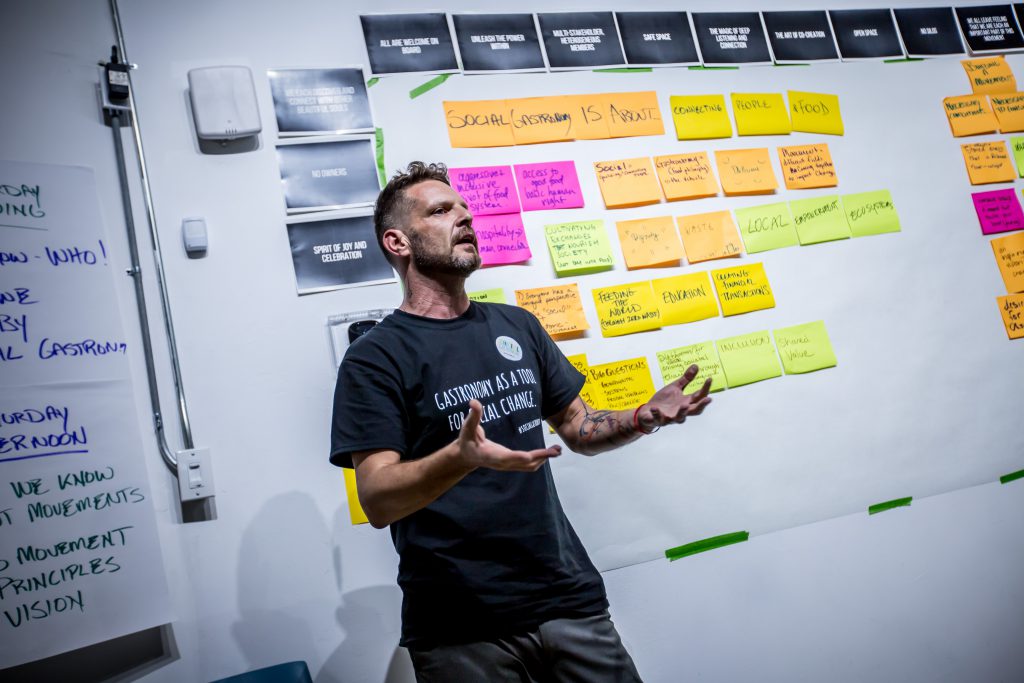 Home page > News > HUB’s and innovations: Gastromotiva at the World Economic Forum in 2019

For the fifth year running, Gastromotiva integrates itself into the discourse into the event with world leaders.

Amongst the more than 3,000 leaders from governments, businesses, civil society, academics and media, the social entrepreneur David Hertz, founder of Gastromotiva, participates in discussions on social gastronomy in the World Economic Forum, in Davos, in Switzerland. In its 49th edition, the event presents guidelines based on the theme Globalization 4.0: Shaping
Global Architecture in the era of the Fourth Industrial Revolution.

Hertz participates in an exclusive breakfast, organised together with Cargill to showcase the documentary trailer “Table for All Social Gastronomy Dialogues.” During the Forum, the first 11 Social Gastronomy Hubs will also be announced, located in Brazil, Cambodia, Chile, England, Germany, Sweden, Switzerland and the United States of America. These places will bring with them the values and principles of social gastronomy, as well as opening of a physical space for innovation, dialogue, co-creation and projects to make an impact.

The social entrepreneur from Rede Folha is also invited to the special Dinner with a Purpose, offered by SAP, World Food Programme and Delloite Digital, in addition to other closed meetings.

As in the Latin America Forum, which took place in Sao paulo in 2018, the Social Gastronomy caterers attended its guests, which was operated by the Zurich Hub. All the revenue made from the event will be reinvested into the expansion of the social gastronomy hubs around the world. The movement gained further worldwide support, with the launch, which took place at the Forum, of Civana.org, a digital platform which allows knowledge sharing, the bettering of practises, resources and tool kits , apart from connecting stakeholders in the food industry to the social impact groups.